I love TV as much as the next red-blooded American. What I don’t like is how a TV looks—particularly the enormous flat-screen variety that, switched on, offers a stunning high-definition image as good as any movie theater’s but, switched off, becomes a black hole on the wall that seems to suck light out of the room. One of the ways to help lessen that feeling is to make the screen part of a hardwood media center—to surround it with handsome built-in cabinetry that makes it less of an eye sore and more of a visual treat. Here are three terrific examples. 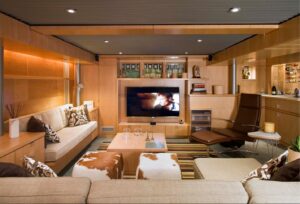 This renovation by Princeton Design Collaborative of Lawrenceville, New Jersey, updates the classic 1960's basement “rec” room, replacing the traditional expanses of knotty pine with gorgeous custom built-in maple cabinetry and paneling. The big screen TV looks right at home because it has been carefully integrated into the design, given a central place in the composition, but balanced against other interesting elements such as the metal columns (the one on the right is real and load bearing, the one on the right faux and merely decorative); the trio of stained glass windows, which actually conceal an unattractive view; and the pleasingly asymmetrical arrangement of shelving, cupboards, and drawers surrounding it. 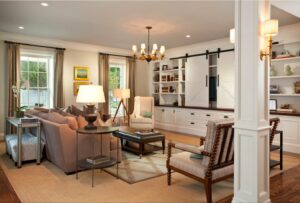 Flat-screen TVs tend to look most out of place in traditional interiors, such as this recently completed 19th-century New England farmhouse-style residence in Riverton, Utah, by Greg Steffensen Architect. Although new construction, the house incorporates part of an 1880’s church. It also uses century-old repurposed materials as interior finishes, and has flooring made from elm trees that were felled and milled on the lot. The designer makes maximum use of the house’s historical vibe in the TV room, where the media wall comprises crisply painted poplar cabinetry with graphic black hardware and a pair of barn-style sliding doors used to conceal the flat screen when it’s not in use. 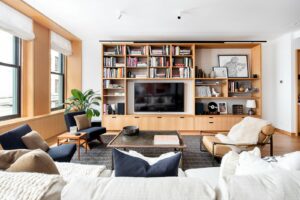 In some situations, the dark rectangle of a switched-off flat-screen TV almost becomes a work of art in its own right. Such is the case in a New York City loft recently renovated by Gachot Studios. The designers recognized what a great blank canvas the large, airy, light-filled living room offered them, so they kept things very clean and simple. Walls and ceiling are white; floors and window casements and surrounds are pale oak. The same hardwood is used to make an elegant but straightforward media wall whose carefully calibrated proportions serve as an elegantly understated frame for the inky reflections of the beautiful space in the TV, which becomes a mysterious living painting.

Blight-resistant American chestnut seedlings planted at Nay Aug Park in Scranton
American chestnut trees once covered the Eastern woodlands of the United States, before they were mostly wiped out during the early 1900s from an invasive blight fungus.
thetimes-tribune.com
4 1    View on Facebook 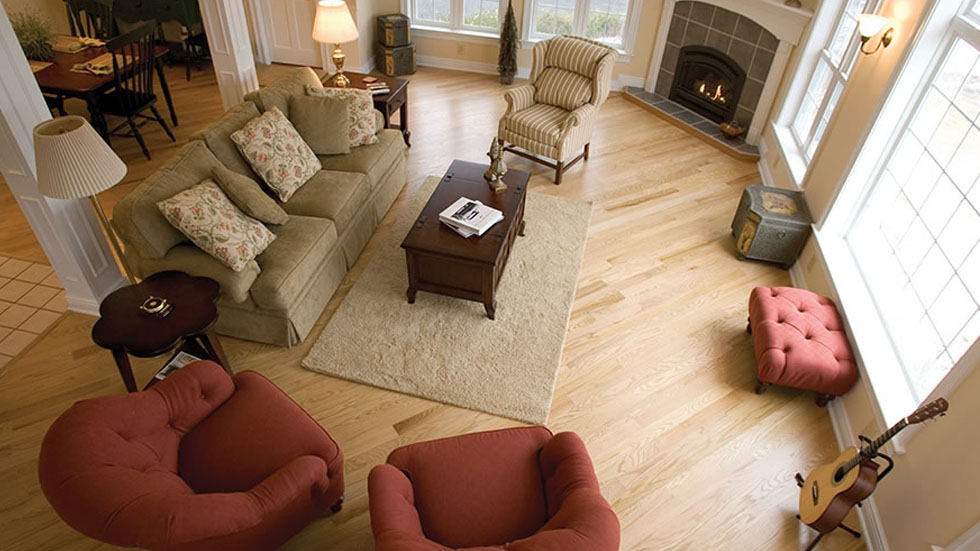