A Tree Falls in Brooklyn

I read an astounding statistic recently: In the aftermath of Hurricane Sandy—the tropical super-storm that hit the Northeastern United States in October, 2012—the New York City parks department recorded 8,577 fallen street trees, as well as 3,365 fallen limbs and 1,297 hanging branches. That’s a lot of downed timber. What, I wondered, becomes of storm-felled city trees? A bit of research revealed that most of the cleared trunks and branches are sent to the wood chipper, burned, or buried in landfill. But I also discovered that some of the larger trees end up at a unique facility: RE-CO BKLYN, New York City’s only working sawmill, which turns downed oaks, elms, maples, and other species into slabs of premium furniture-grade hardwood. Intrigued, I did some further research into this singular company. 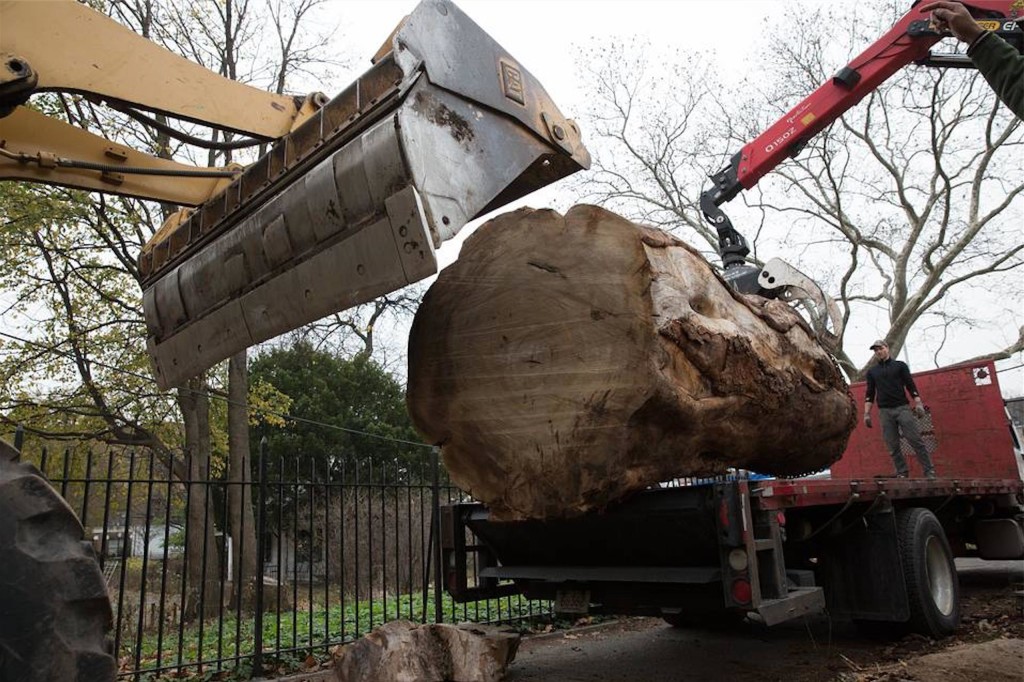 A fallen elm in Prospect Park, Brooklyn, being loaded onto a truck for transportation to RE-CO BKLYN’s mill in upstate New York where it will be turned into slabs and shipped back to the city.

Founded in 2009, RE-CO BKLYN was originally located in Williamsburg, Brooklyn (hence the company’s name), but moved to larger premises in neighboring Ridgewood, Queens, last year. It started when Roger Benton couldn’t find a New York City lumberyard to cut up four giant logs from a fallen park tree he’d acquired in Philadelphia, so he decided to set up his own workshop. He and his business partners bought a portable sawmill, slabbed up the logs on the sidewalk next to their Williamsburg shop, dried them in a small kiln they built in the adjacent alley, and very quickly sold their entire output. RE-CO BKLYN grew rapidly from there. 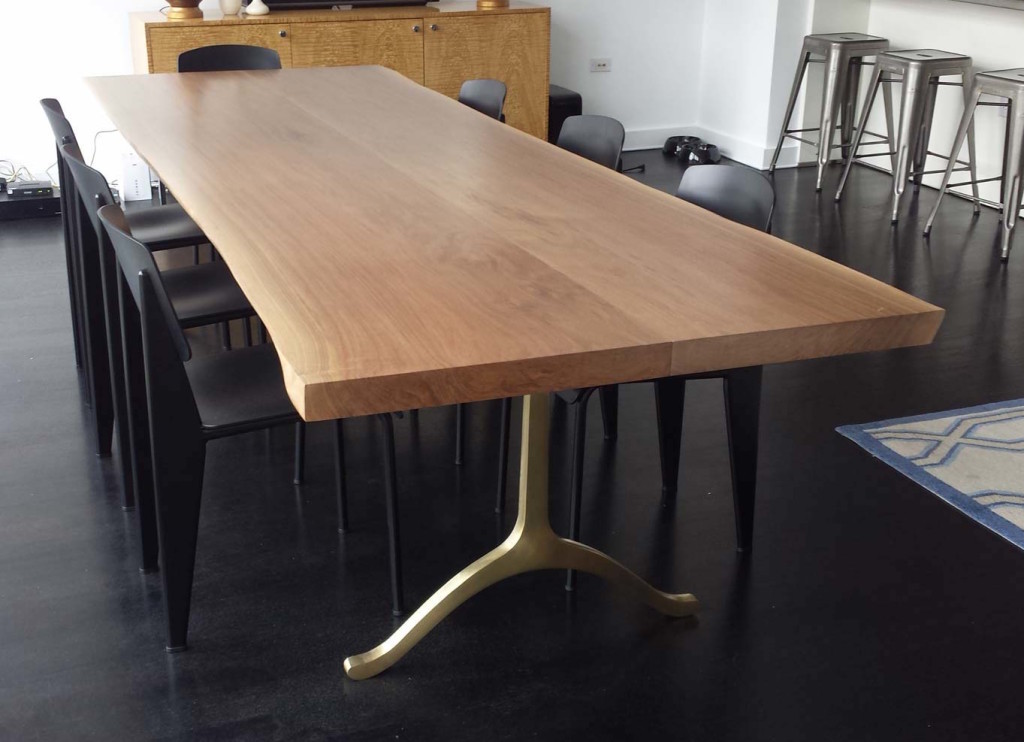 Today, in addition to its Ridgewood facility, RE-CO BRKLYN has a sawmill in upstate New York where it can process boards up to 18 feet in length. Their hardwoods come from the backyards of private homes, public parks, graveyards, and the plethora of tree-removal services in New York City and the immediate tri-state area. For example, they recently harvested four 12,000-pound logs from a 150-year-old fallen elm in Prospect Park, Brooklyn. The logs were taken to the upstate mill to be sawn into slabs and dried before being shipped back to Ridgewood, where they were either sold or used by RE-CO for tables, desks, bar counters, shelves, headboards, and other beautiful custom-made pieces it produces.

A single ash tree, milled by RE-CO BKLYN, supplied the counters and the island’s live-edge slab top in this kitchen.

RE-CO BKLYN specializes in producing live-edge hardwood slabs. While most lumberyards cut off the rough tree edges turning the raw timber into neat and clean rectilinear boards, RE-CO often leaves the edges untrimmed or “live.” Legendary mid-century furniture maker George Nakashima turned the use of live-edge slabs into his signature look. RE-CO channels Nakashima’s distinctive aesthetic with their stunning live-edge dining tables. You can pick your own piece of black walnut, cherry, oak, elm, or whatever other hardwood they have in stock and RE-CO will custom-make a table to your exact specifications. That way you get a splendid piece of furniture along with the satisfaction of knowing that while your slab of hardwood may have been battered in a storm, it has been saved from the wood chipper or worse.