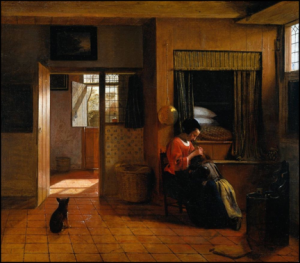 Dutch doors—horizontally divided so the two halves open independently—were common 17th-century Holland and often appear in genre paintings of the period, like this charming example by Pieter de Hooch.

I’m a big fan of 17th-century Dutch genre paintings, simple domestic scenes from everyday life set in meticulously rendered middle-class interiors. One of my favorites is by Pieter de Hooch, an absolutely charming image of a mother doing something not so charming—inspecting her child’s head for lice! She pursues her task in a tranquil interior with wood beams, tile flooring, a box bed, and in the background the thing I love best: a Dutch door, its top half open so sunlight streams in along with a glimpse of the garden beyond. 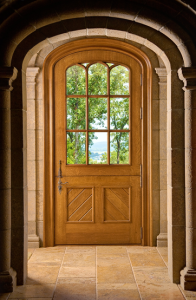 This type of wood door—horizontally divided so the two halves operate independently—was ubiquitous in the Netherlands during the 17th century and appears in many paintings of the era. When the Dutch colonized North America, they brought the distinctive style with them, and their namesake doors can still be found in pre-revolutionary houses in Pennsylvania, New Jersey, New York, and other areas the immigrants settled.

Inspired by both those historical examples and ones in the de Hooch and other genre paintings, I’ve always wanted a Dutch door—something that’s never going to happen in my completely unsuitable Manhattan apartment. The doors are not too common these days, so I was intrigued when I came across a recently completed house in Arkansas that features several of them. Called Dromborg Castle, it’s an enormous 13,000-square-foot private residence designed to evoke an old European manor. Three Dutch doors were specified in the design, including an oversize one for the main entry to generate an immediate sense of welcome, and a half-glazed one for the kitchen to open it up to the fresh air of the garden. 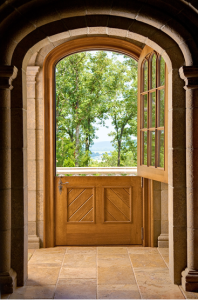 Modern hardware ensures that unlike their 17th-century forebears, today’s Dutch doors not only function smoothly and reliably but are also weather- and draft-proof.

White River Hardwoods—an Arkansas-based manufacturer of cabinetry and moldings that supplied all the house’s millwork—custom-made the Dutch doors in quarter-sawn white oak. “Because they are hard to get, we specialize in them,” explains Joan Johnson, who co-founded the company with her husband, Bruce. “Old Dutch doors were drafty and let in a lot of cold air. But new hardware makes them weatherproof, secure, and easy to use.” Because they need to match the imposing house in style, scale, and materials, the Dromborg doors are much grander than the simple examples I love in the genre paintings. But their magical effect is the same as their humbler counterparts, and now I know whom to call when I finally get a place where I can install one.

American Hardwoods · 2 hours ago
@AmericanHardwds
#RealAmericanHardwood floors are anything but boring. 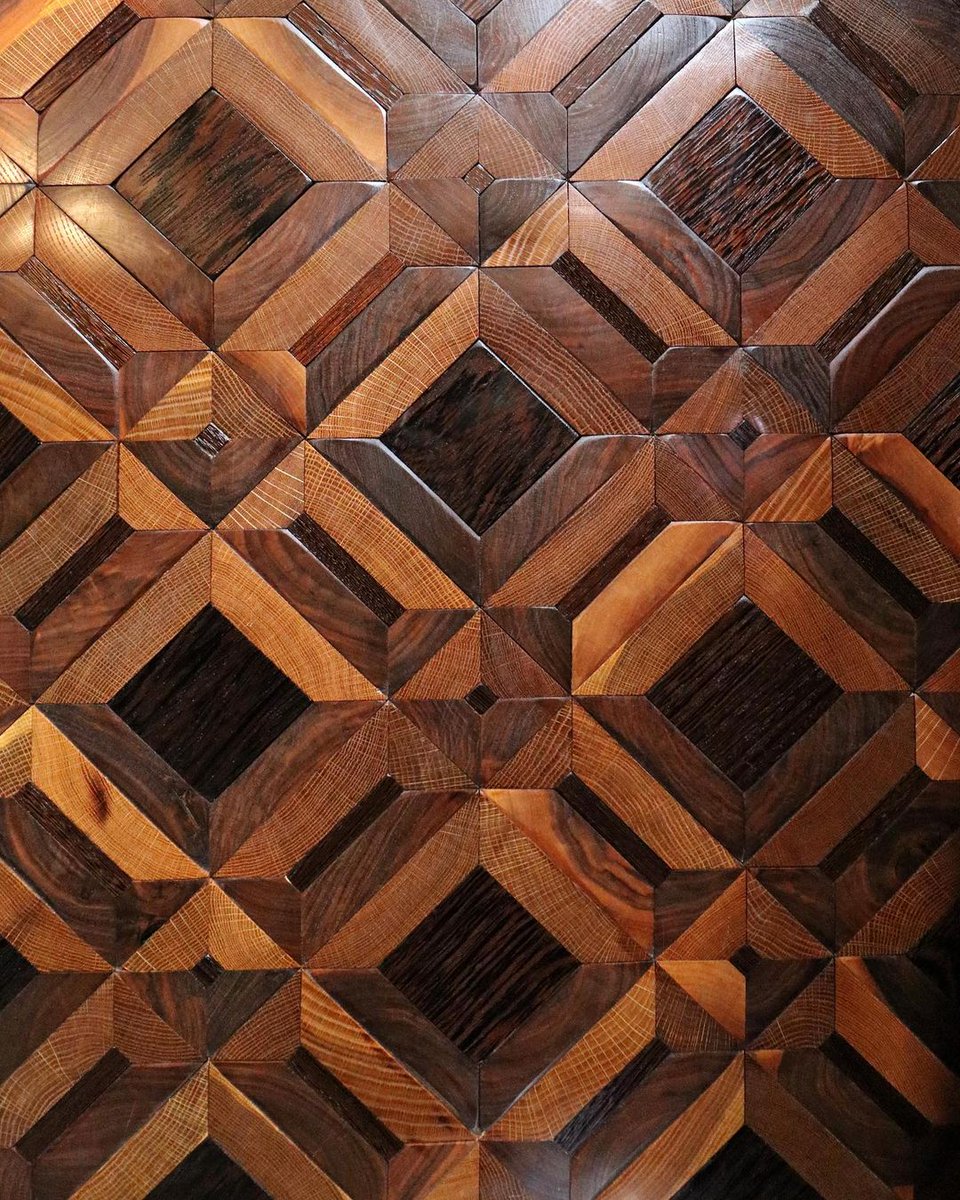