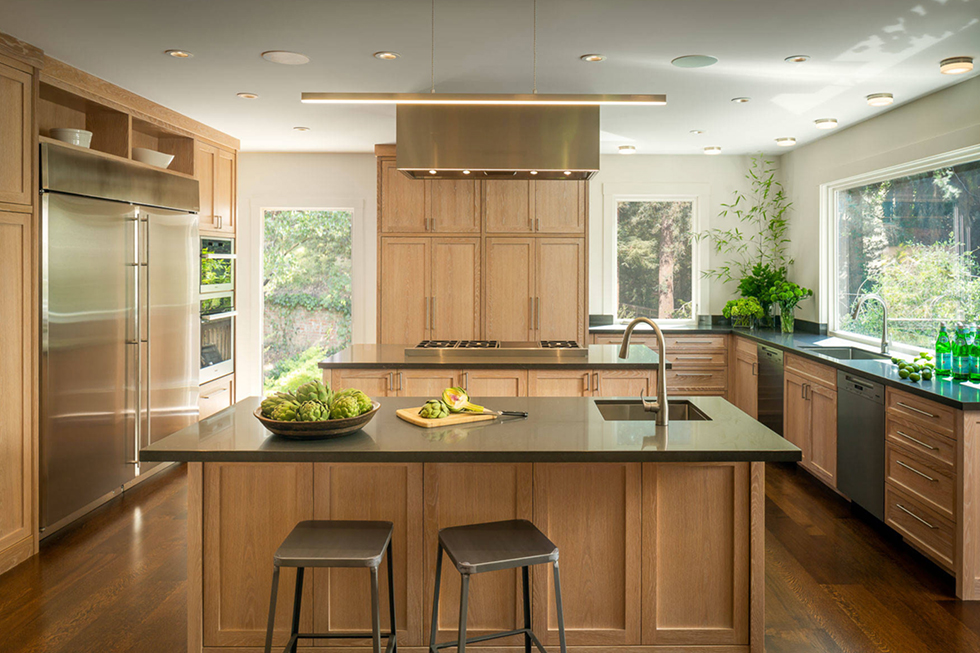 I've noticed that many trendsetting interior designers, including Kelley Wearstler in L.A., and Glenn Gissler in New York, have used cerusing—a wood finish also known as "liming"—in recent projects. Dating back to the Renaissance, ceruse was a white-lead derivative originally used in cosmetics despite being highly toxic on human skin. But it was discovered that when applied to porous woods, oak in particular, the white pigment fills and reveals grain lines without changing the overall color. The cerused effect, which heightens the oak's texture while setting off its rich tone to best advantage, was especially popular in the glamour-conscious Art Deco era. Cerusing's look of low-key sophistication is becoming popular once again with designers and homeowners, though now it's achieved with completely nontoxic waxes, not poisonous pastes! Here are three perfect examples.

All the hardwood in this Piedmont, California kitchen by Hanomoco Design is oak, but while the floorboards are treated with a medium-dark stain, the custom cabinetry is cerused, giving it a honey-tone hue. This not only brings a wonderfully warm glow to an already bright and airy space but also gives texture and additional visual interest to the expanses of Shaker-style millwork, which otherwise might be a little austere. Stainless-steel appliances and inky Caesarstone countertops complete the beautifully tailored look. 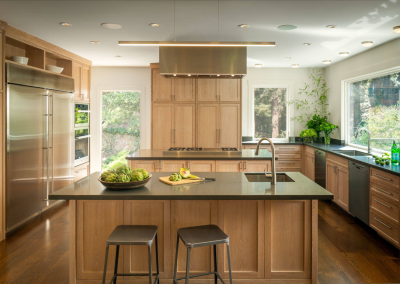 Like many traditional libraries, this book-lined New York City living room by Taylor Howes Designs is outfitted with oak paneling, shelving, and millwork. But unlike those often dark-hued spaces, the woodwork here is cerused, which gives the room an unexpected lightness that’s dignified without being solemn or stuffy. Surprisingly, however, the beige-tone liming was not achieved through conventional methods but was hand-painted directly onto the oak by Christianson Lee Studios, which specializes in  faux finishes and trompe l’oeil effects. 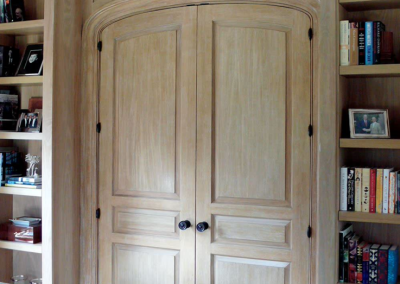 The town of Lincoln, Massachusetts, is a hot bed of midcentury-modern houses inspired by the great Bauhaus architect Walter Gropius's own residence, which he built there in the 1940s. In renovating one of those Gropius-influenced homes, Flavin Architects nodded to the area’s rural-but-sophisticated vibe by incorporating a custom cerused-oak vanity and wall cubbies in the main bathroom—a serene and tranquil space with large windows that make it feel part of the surrounding woodland. 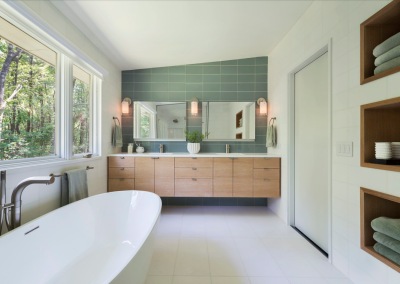